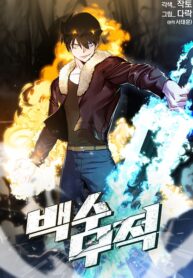 The Strongest Unemployed Hero is a Manga/Manhwa/Manhua in (English/Raw) language, Drama series, english chapters have been translated and you can read them here. You are reading chapters on www.mcreader.net fastest updating comic site. The Summary is Shin min-cheol had been recruited to the world called ‘anhelles’. He was one who had lived 200 years fighting to survival and destroying the enemies, in the end the ruler of the continent Zero, was lead to the victory of war. And finally, Min-cheol, who has finally returned to Earth leaving the peace of anhelles behind, wants to live his long-awaited life as a ‘rich unemployed man’, but another conspiracy begins to approach him? If they are after me, they have to find me first. All I have to do is go and fight it off!